by Kyle James Lee
August 28, 2020
Share
Facebook
Twitter
Pinterest
WhatsApp
Linkedin
ReddIt
Email
Tumblr
Telegram
Mix
VK
Digg
LINE
Viber
Naver
(The AEGIS Alliance) – AMAZON RAINFOREST, BRAZIL – There have been large fires in the Brazilian Amazon Rainforest that are happening at an alarming and unprecedented rate. More than 500 major forest fires scorched through around 912,000 acres of land between May 28 and August 25, 2002, according to recent satellite data from the Monitoring of the Andean Amazon Project (MAAP) shows. This is similar to the unusual amount of raging wildfires that have consumed California this month.

MAAP defines the severity of based on the aerosol index they provide. MAAP measures the levels of ash and smoke particles in the air. Disturbingly, almost half of these forest fires happened in just the last two weeks. The biggest of the documented fires was one that happened on August 17 in Northern Brazil, this fire alone scorched almost 25,605 acres of land.

Unlike the fires currently blazing in California, lightning didn’t light these forest fires. They were instead ignited by people who are mainly looking to clear away land for industries such as mining, soybean farming, and cattle ranching. Also, most of these land clearings are conducted illegally by people who are connected with a years-old criminal network in Brazil.

The deforestation rate in Brazil’s Amazon has greatly increased in Brazil under its far-right president Jair Bolsonaro. Bolsonaro faced criticism last month and then initiated a four-month ban on starting fires in the country’s rainforest. In May, he sent in military forces to combat deforestation.

Environmental activists have called these moves a stunt to gain public approval that shields him from his plan to open up the Amazon to businesses even more of the Amazon up to businesses. In March through May, the Bolsonaro administration issued 195 decrees and ordinances to dismantle environmental protections in Brazil. 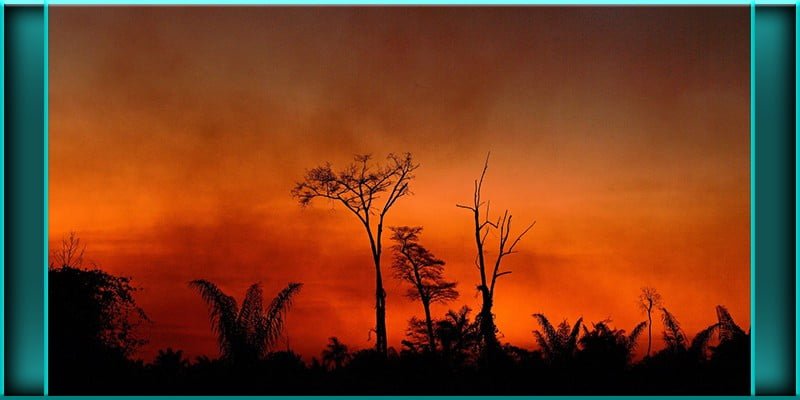 This devastating deforestation is running rampant in Brazil’s Amazon, which has one of the most biodiverse ecosystems in the world. It’s also destroying the land of local Indigenous communities and displacing its peoples who have rights to that land and depend on it to survive.

Human Rights Watch recently released some research that reveals the fires are polluting the air that people in the millions are breathing in because the smoke the fires create is loaded with harmful particles of matter. The researchers estimated that in 2019, the fires caused 2,195 people to be hospitalized due to respiratory illness that affected almost 500 infants under one year of age, and affected more than 1,000 people who are older than 60-years-old.

For people like us who are far away from Brazil, these fires also greatly affect us because they destroy one of Earth’s most vital carbon sinks. The trees in the rainforest are losing their ability to contain carbon air levels. At the same time, the rainforests that catch on fire release carbon into the atmosphere. Within 15 years from now, its possible the Amazon will actually start to emit more carbon than it’s breathing in, which will make the climate crisis far worse.

If this deforestation ended now, it still isn’t clear if the Amazon rainforests would make a full recovery from this devastating damage. However if leaders really wanted to right now, they could start to reverse the damage, reinstate environmental protections, and stop the rampant corporate crime. A lot of research also reveals that granting full property rights of tribal lands to more of Brazil’s Indigenous communities would greatly help remedy the deforestation problem, and it’d be a very important move for human rights in general. There are clear solutions, now we just need some political willpower and much less foul play from Bolsonaro’s administration.

Kyle James Lee - July 29, 2021
(The AEGIS Alliance) - Florida cops spent hundreds of bucks on alcoholic beverages, cigarettes, and even lap dances when they carried out an undercover investigation...