Here’s Why Governments Will Not Ban Bitcoin Ownership!

(The AEGIS Alliance) – Those who view world governments are set on banning bitcoin ownership are ignoring the political power, along with the influence of those who grab up a majority of the bitcoin.

To truly understand an asset, we need to look into not only the asset itself but who owns it as well, and who’s able to afford to own it. Such attributes may illuminate the financial and political power belonging to the asset class owners.

Once we know what sort of financial or political power is in the hands of the asset class owners, we can make predictions about the political restriction limits that could be imposed onto that ownership.

For an example, consider ownership of a principal residence /  home ownership. Home ownership reached its peak in the year 2004, when more than 69% of all households were “owners” and not renters. (Owners is placed in quotes since a lot of these home owners actually had no equity in their home after the housing bubble had popped.)

The home ownership rate has fell to 63%, which is still roughly two-thirds of all households. Clearly, homeowners constitute a political force that is powerful. Any political power seeking to place restrictions or additional taxes on homeowners has to be careful not to rouse this super-majority into political action.

However, raw numbers of owners of an asset class are only one way of measuring political power. Because ours is based on a pay to play form of democracy that is representational in which monetary wealth can purchase political influence via contributions to campaigns, philanthro-capitalism, ever revolving doors between lucrative corporate positions and political office, etc., monetary wealth casts the voting that is counted.

It is amusing when essayists claim ‘the government’ will do whatever has benefits for the government the most. Even though this is mainly correct, this is ignoring the reality that wealthy corporations, citizens, and individuals, own the governing processes.

To be more accurate, we are able to say that government will do whatever will benefit whoever is controlling the levers of power the most, which is much different than the claims that government takes action only to increase its own various interests. To be more specific, it does more for what those in the top of the monetary wealth-power pyramid have set as the interests of the government. 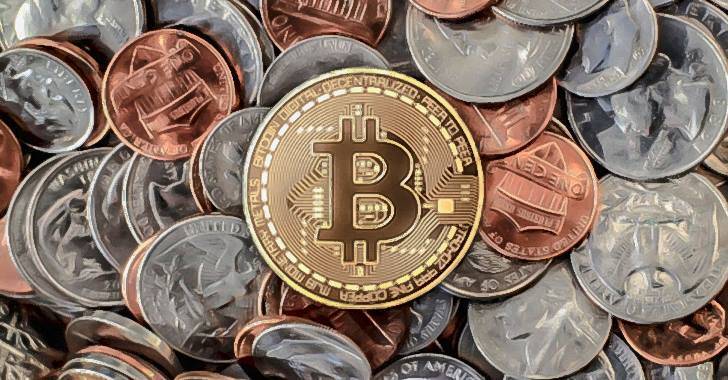 Although, since governments are set to whatever will be most beneficial to those controlling the levers of power, then the question turns into, is bitcoin beneficial to those in possession of the levers of power? If this answer is a yes, then we are able to predict that governments won’t ban bitcoin (along with other crypto-currencies) since those with the final say will reject any proposals made for banning bitcoin.

We’re also able to predict that any restrictions imposed would likely be targeted at collecting capital gains tax on profits created with crypto-currencies instead of an outright ban on ownership.

Seeing as how the monetarily wealthy are already paying the lion’s share of the federal income tax (taxes for payroll are of course paid by employers and employees), their interests on override are capital appreciation and preserving wealth, along with lowering the burdens of their taxes by playing the third fiddle in this grand scheme for maintenance of their power and wealth.

Indeed, the paying of their taxes inoculates them to a degree, from political revolt and social disorder.

There was a striking quote from a Zero Hedge article named A Look Inside The Secret Swiss Bunker Where The Ultra Rich Hide Their Bitcoins:

Their first initial bitcoins. This is suggesting the billionaires have added upon their initial gifts of BTC. 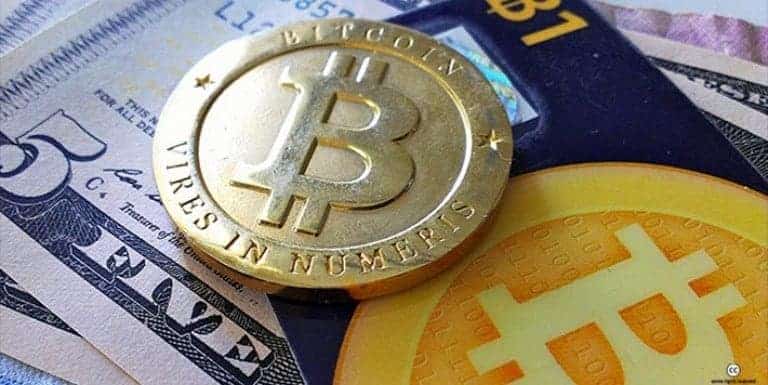 The appeal of Bitcoin to the wealthy seems obvious: any investments denominated in fiat currencies are able to be devalued practically overnight by devaluations of the currency via currency crisis or a decree made without popular consent. Bitcoin holds the advantages of being independent of centrally-issued currencies and also decentralized

This leads me to believe that not only are the rich liekly bitcoin buyers for this reason, they’re the only group able to afford to purchase lots of bitcoin as a speculative investment or hedge. Real Investment Advice‘s  Lance Roberts recently made some charts which are based on the 2016 Federal Reserve’s Survey of Consumer Finances (SCF) report – Fed Admits The Failure Of Prosperity For The Bottom 90%.

To put it another way: how many families are able to afford to purchase lots of bitcoin?

Here is a median value of family financial assets chart: note that this much lower than the year 2000 peak and the housing bubble of 2006 to 2007: 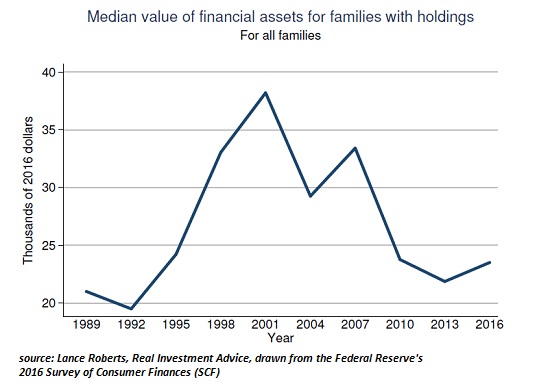 Here is the mean value of family financial assets broken up by income category: note that pretty much all of the gains have accrued to the top 10% of income holders, whose net worth increased from $1.5 million in the year 2009 to over $2.2 million during 2016, a $700,000 gain.

The Fed’s 2016 Survey of Consumer Finances contains a treasure trove of insights into income inequality and wealth in the United States. These are the highlights: Changes in U.S. Family Finances from 2013 to 2016.

You can see the point: the more likely purchasers of enough bitcoin to count are the politically powerful financial elites. If any political power was foolish enough to propose a ban on bitcoin, a bit of friendly phone calls from major financial backers would happen in order to impress upon the political power the importance of cryptocurrencies and blockchain technology to the United States economy.

The financial backer might even just make a suggestion that all future campaign contributions to the political power will be done in bitcoin to drive the point home.

The reality of existing crypto-currencies is that they’re probably being bought up for “buy-and-hold” storage by the rich. Those who view governments will ban the ownership of bitcoin ignore the political power and influence of those who are purchasing enough bitcoin to count.

Kyle James Lee - July 28, 2021
(The AEGIS Alliance) - Co-founder as well as the former drummer of the metal band Slipknot, Joey Jordison, has passed away, aged 46. Jordison had rocked out with...

‘Get off my Lawn!’ Texas man arrested after armed standoff with police over neglected lawn