Recent revelations regarding pedophile rings run by and for the rich and powerful show that these are not isolated incidents and part of a systemic, global problem targeting defenseless children. 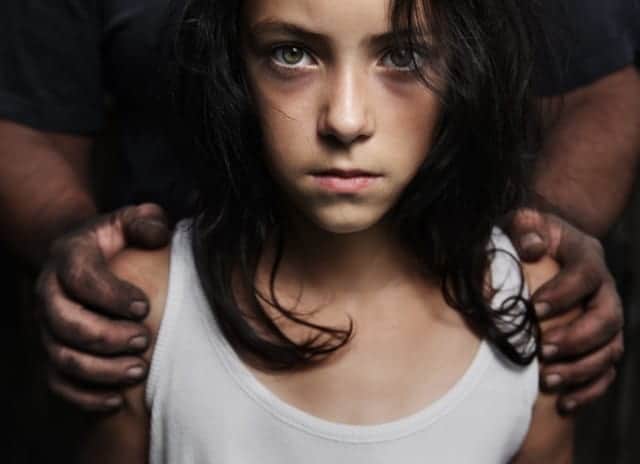 (True Activist) – Pedophilia scandals continue to emerge around the world year after year while the corporate media and law enforcement agencies alike fail to treat the sexual exploitation of minors as a global, systemic problem. As the number of child abuse scandals involving the rich and powerful continue to grow, it is becoming impossible to cover up that these instances of child sexual abuse and exploitation are globally organized and often run by the very same people who greatly influence society and politics.

The entertainment industry, powerful political centers, and even organized religion have been shown to be major centers where this horrific abuse has been enabled and widely accepted among the “elites” and other powerful individuals that dominate these institutions. What follows are several examples of the widespread depravity practiced by some of the world’s most powerful people. 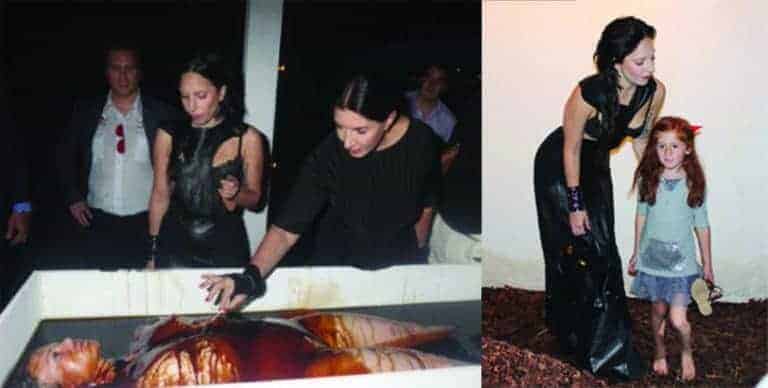 Earlier this year, world-famous actor Elijah Wood, who began his Hollywood career as a child star, made waves when he called out the “vipers” in the movie industry who “preyed upon” young children in an interview with the Sunday Times. Wood’s claims echoed those raised by numerous other former child stars, including Corey Feldman who famously told ABC News that “the number one problem in Hollywood was and always will be pedophilia.” Another former child actor, Allison Arngrim, who starred on the iconic TV series “Little House on the Prairie,” also seconded these claims, saying that “there are parents who will practically prostitute their kids in the hope they can make money and get ahead. It is a horrible trap that the kids are in.” Other parents of child actors remain silent out of fear even after finding out that their child was sexually abused.

Fox News reported that a member of a well-known band, who chose to remain anonymous, found out his child was being victimized by another successful figure in the entertainment industry, who was 30 years her senior. The abuse was covered up with the parent’s complicity to prevent ruining the reputation of the perpetrator and his colleagues.

There is no question that something dark is going on within the US entertainment industry. One obvious example is how the music industry has been openly marketing sexualized songs, videos, and lyrics to children while also using pop stars, like Miley Cyrus, to sexualize children and even babies. In the music video for her song “BB Talk,” Cyrus, who also began her career as a child star, sings “f**k me” while wearing an onesie. 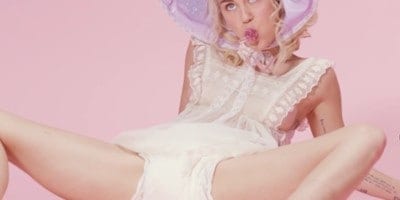 She later provocatively poses in a crib, with a baby bottle, and while wearing a diaper and baby bonnet. Was this Cyrus’ personal decision to include this in her video or a choice made on behalf of a sick industry seeking to normalize their behavior by popularizing such images? Rihanna and Katy Perry are other pop stars whose videos and songs are often marketed directly to children despite their sexual overtones. Considering that numerous psychologists have found that “music videos socialize young people by communicating ideas about expected behavior, relationships, and male and female roles,” this suggests that this mass marketing of sex to children as well as the marketing of music videos that combine childhood imagery with lust is indicative of the pedophilia obsession in the entertainment industry and is meant to normalize such depravity. 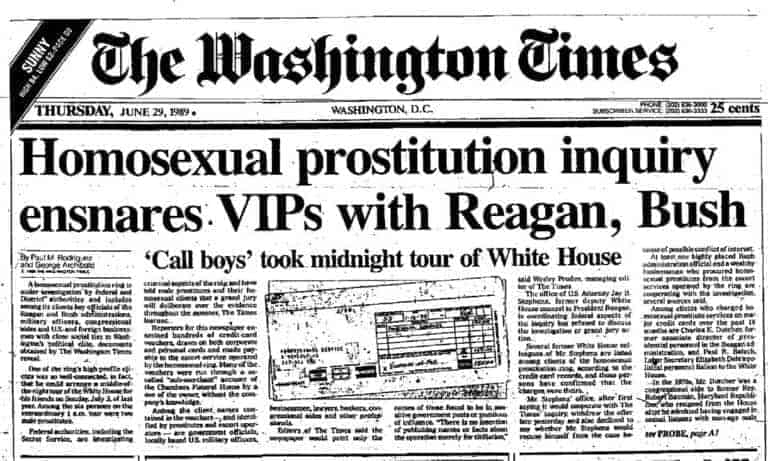 Pedophilia is also commonplace among the US’ political elite, with scandal after scandal emerging in recent decades. Invariably, numerous cover-ups have followed as a result to prevent the exposure of America’s rich and powerful. The most famous of these, dubbed the “Franklin cover-up,” was arguably the biggest pedophile scandal in US history and even implicated the White House. Two Republican party insiders and Washington DC lobbyists, Craig Spence and Lawrence E. King Jr. were accused of managing a homosexual underage sex ring involving boys aged 15 and younger.

Spence, who was incredibly influential at the time, arranged for at least four-midnight tours of the White House in the 1980s where he was accompanied by young boys that he falsely identified as his children. When news of the scandal broke, Spence “committed suicide” and many of his business partners were jailed for their involvement. However, Spence’s links to the Reagan White House or other top US politicians were not investigated, and attempts to investigate further were halted.

Much more recently, a new pedophile sex ring scandal threatens to engulf the nation’s capital after leaked emails from Clinton insider and powerful lobbyist John Podesta hinted at something sinister. Following further investigation by citizen journalists, now known as “Pizzagate,” some truly shocking discoveries have been made that suggest that both the sexual abuse of children as well as child murder are regularly practiced by several top figures in US political society. Suspicion was first aroused when several Podesta emails made strange use of the terms “handkerchief,” “hot dogs,” and “pizza,” suggesting that the words were really coded for something else entirely. Podesta had been previously connected to occult rituals in the emails and his brother, Tony Podesta, was known for having highly disturbing art of child bondage in his personal home. Soon, citizen journalists connected the dots found in Podesta’s emails to James Alefantis, owner of Comet Pizza and Ping-Pong. Alefantis, despite nominally being a “pizza chef,” was named by GQ as the 49th most powerful person in Washington, DC, and is the boyfriend of David Brock, top Democratic strategist and founder of Media Matters. Alefantis was in direct correspondence with very powerful people, including Podesta.

Yet, most disturbing of all are the pictures Alefantis frequently posted on his Instagram account, which was publicly available until public scrutiny led him to make his posts private. These pictures allude to child sexual abuse, the exploitation of children and infants, and even murder. Take a look at the pictures below for yourself. 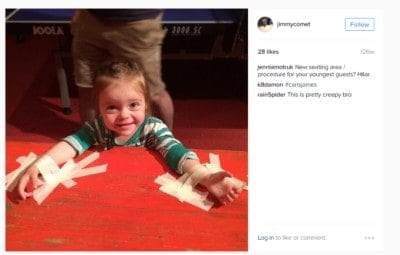 This young girl’s hands are taped to a table at Comet Pizza while an adult man stands behind her. 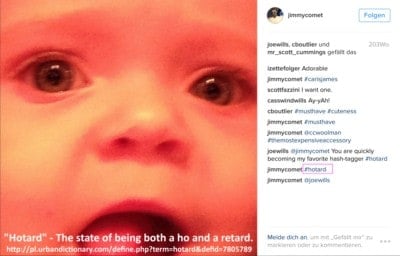 Alefantis posted this image of an infant’s face and called the child a “hotard,” a combination of “ho” and “retard.” 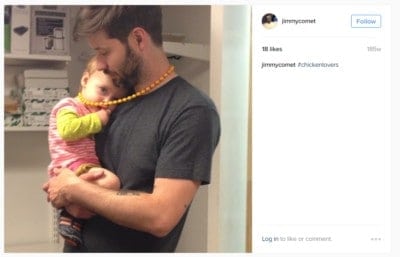 A “chickenlover” is a homosexual male who is attracted to underage male children. Why did Alefantis post this hashtag next to a picture of a male child and a man sharing a necklace? 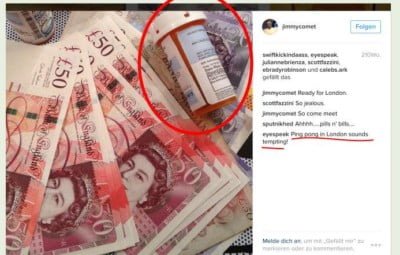 “Ping pong” seems to be code for something else entirely. 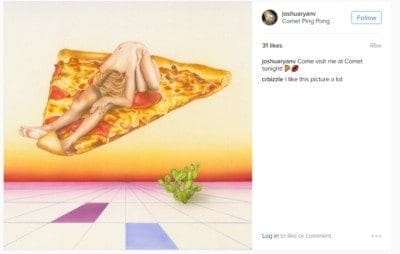 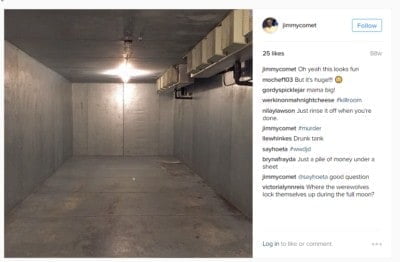 The comments on this photo are all very disturbing. They seem to know that something horrible is set to happen in this windowless room

Just a few days ago, the citizen investigation into “Pizzagate” was shut down by the moderators at Reddit who called it “a witch hunt.” As a result, many have accused Reddit of censoring the thread to protect the interests of the powerful. 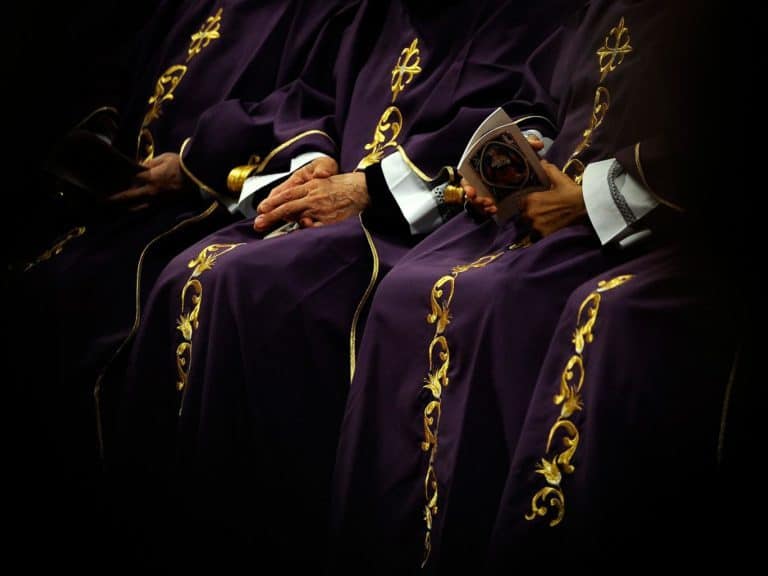 Probably the most well-known child abuse scandal of all involves the Roman Catholic Church, which has been on-going for much of the last one hundred years and possibly long before. However, it wasn’t until the 1980s that the rampant sexual abuse of minors by Catholic priests began to receive significant media coverage. In the decades since the number of allegations has only continued to grow. From 2001 to 2010, the Holy See, the church’s central governing body, considered sex abuse allegations involving over 3,000 priests.

Though some studies have claimed that the rate of abuse by priests has fallen in the last twenty or so years since it became an international scandal, there is no denying that it is a systemic problem that runs rampant throughout the entire organization, making it particularly difficult to eradicate. It also doesn’t help that the church has frequently ordered its bishops and priests to actively cover up sex abuse allegations while also disciplining relatively few priests considering the enormity of the accusations.

One document dating back to the 1960s, unearthed in 2003, shows the Vatican explicitly ordering Catholic bishops worldwide to cover up cases of sexual abuse, threatening those who spoke up about the systemic abuse with ex-communication from the church. Little has changed as, the Vatican, earlier this year, told its clerics that reporting child abuse by priests is “not necessarily” their duty. In addition, it was recently found that, since 1950, the Vatican has now paid out nearly $4 billion, most of which came from the tithes of loyal Catholics, to buy the silence of the abused in order to protect the church’s reputation.

Sadly, there are many, many more examples. For instance, the persistence of pedophilia among the rich and powerful in England, including members of the royal family, is well-documented, as are the cover-ups and mysterious “disappearing” evidence that implicates top UK politicians and even former prime ministers in the sexual abuse of minors. Many of those speaking out against elite pedophilia have been labeled as “crazy” or “conspiracy theorists” until they were proven right, such as with the famous case of BBC TV personality and pedophile Jimmy Savile.

Due to their influential connections, these powerful people have been able to silence their victims and cover up their heinous crimes with little consequence. Yet, with fewer and fewer people believing in the lies of decades past and with new evidence of widespread pedophilia emerging all the time, will they be able to keep up their charade for much longer?

January 15, 2021
Previous articleWhy I Know Nicotine Vapor is The Safer Option and My Own Experience
Next articleLee County Florida Sheriff Mike Scott Exposed for Fabricating Evidence!