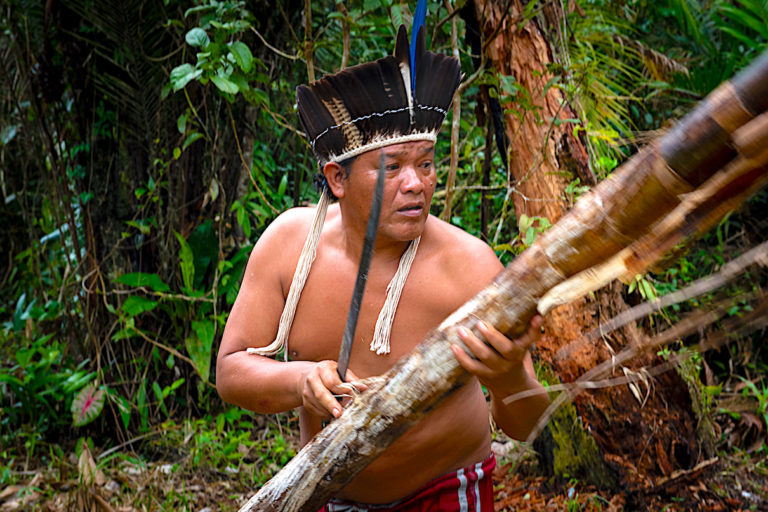 Two or three strokes, and it’s gone: in less than five minutes, 10 years collapse. If it’s some other palm tree native to the rainforest such as açaí (Euterpe oleracea), soon we’ll see another one growing there. But not jussara (Euterpe edulis): since it’s a species that doesn’t generate new shoots after being cut, each tree that falls is one less in the forest. Its survival will be limited to produce a 50-centimeter (20-inch) stem that’s eaten in a salad or a pie — a decade consumed in just one meal.

The stem is called palmito in Brazil, the inner core of a palm tree served as a delicacy after the bark and all of its fibers are removed, leaving just the soft, white heart. Several tropical palms have edible hearts, but jussara, also spelled juçara, is known for having the most tender and tasty of all. Therefore, it’s the most valued in the Brazilian market.

Jussara is an endemic tree of the Atlantic Forest, the extensive rainforest that once covered the Brazilian coastal hills, and which today is the most deforested biome in the country, with only 12.4% of its original extent left. That makes survival a big issue for jussara, a species in a fragmented landscape with low genetic diversity and threatened by climate change. Studies suggest that the last six decades of exploitation might have decreased its population by 30%.