Kyle James Lee
Majority Owner of The AEGIS Alliance. I studied in college for Media Arts, Game Development. Talents include Writer/Article Writer, Graphic Design, Photoshop, Web Design and Development, Video Production, Social Media, and eCommerce.
Share
Twitter
Linkedin
ReddIt
Facebook
Pinterest
Mix
Digg
Tumblr
Naver
VK
WhatsApp
Telegram
LINE
Viber
Email
(AnonHQ) – If you ask officials of the United States Drug Enforcement Agency (DEA) about the effects of marijuana on driving performance, they will, with all ignorance and arrogance, tell you that the plant has a negative effect on users who drive whilst under influence.

In fact, the DEA is still wallowing in the Reefer Madness mentality, to the point the agency has deliberately closed its eyes and ears on the growing scientific evidence supporting the benefits of marijuana.

The DEA still held that marijuana should be classed as a Schedule 1 of the Control Substance Act, despite the evident medical efficacy of the plant before our very eyes. 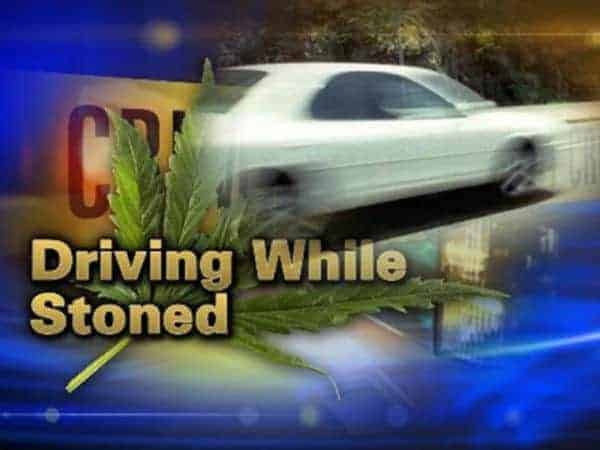 According to the DEA, marijuana has high abuse potential; no medical use; severe safety concerns; and that there is no available scientific research to prove otherwise.

In this article, we are looking at the so-called severe safety concerns the DEA has associated with marijuana. Police officials in charge of road traffic regulation in the United States, have been made to believe that drivers who use marijuana, drive dangerously. They assume out of ignorance that since marijuana is psychoactive, severely impairing the performance of users while driving under its influence. Many of the country’s marijuana users have suffered from harassment and brutalities from the police, simply because they had taken marijuana while operating a vehicle.

However, there is a new study proving that marijuana has almost no impairment on the performance of users who drive under its influence. The study was conducted by researchers at the University of Iowa’s National Advanced Driving Simulator. The National Highway Traffic Safety Administration, National Institute of Drug Abuse, and the Office of National Drug Control Policy sponsored the study.

The study sought to analyze the effects of marijuana on driving performance. It found that it caused almost no impairment. The researchers found that the impairment that marijuana did cause, was similar to that observed under the influence of a legal alcohol limit.

Detailing how the study was conducted, the researchers said they selected 18 participants, made up of 13 men and 5 women between the ages of 21 and 37. The participants reported drinking alcohol and using marijuana no more than three times a week. After spending a night at the University of Iowa Hospital and Clinics to ensure sobriety, the participants arrived at Iowa’s National Advanced Driving Simulator for six dosing visits.

The participants were first given 10 minutes to drink a mixed drink with alcohol or plain juice in an alcohol-rimmed glass and topped with alcohol, to mimic alcohol taste and odor. The researchers revealed how the idea behind this was to get the participants’ blood alcohol level to about .065%, at the start of the simulated drive. 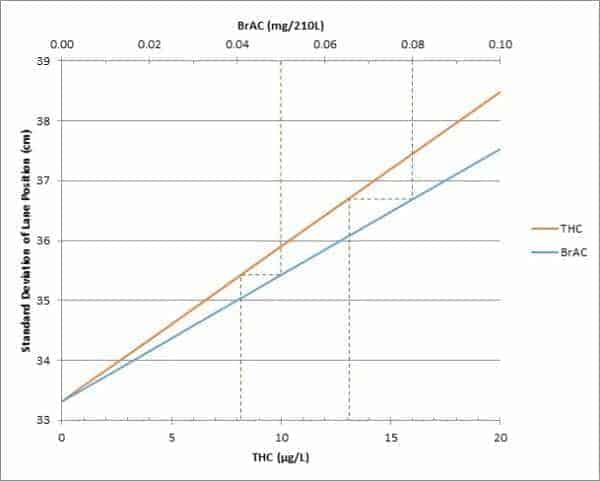 After they finished drinking, they were given 10 minutes to inhale a placebo or vaporized marijuana using a German designed vaporizing system, Volcano Medic.

After completing this process, the participants were put in the simulator – a 1996 Malibu sedan mounted in a 24-feet diameter dome. The participants (drivers) were then assessed by the researchers on weaving within the lane, how often the car left the lane and the speed of the weaving.

The researchers found that drivers with only alcohol in their systems showed impairment in all three areas. However, those drivers who were strictly under the influence of vaporized marijuana only demonstrated problems weaving within the lane.

Drivers with blood concentrations of 13.1 ug/L THC, or delta-9-tetrahydrocannabinol, the active ingredient in marijuana, showed increased weaving that was similar to those with a .08 breath alcohol concentration – the legal limit in most states. The legal limit for THC in Washington and Colorado is 5 ug/L, the same amount that other states have considered. 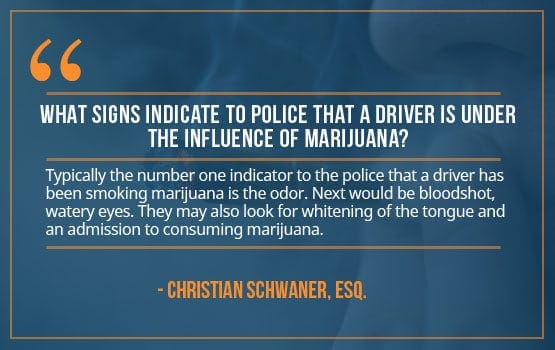 The study also found that analyzing a driver’s oral fluids can detect recent use of marijuana, but is not a reliable measure of impairment.

A postdoctoral research fellow at the University of Iowa’s College of Pharmacy, Andrew Spurgin admitted: “Everyone wants a Breathalyzer which works for alcohol because alcohol is metabolized in the lungs. But for cannabis this isn’t as simple due to THC’s metabolic and chemical properties.”

Observers say the findings of the study have shed light on the fact that alcohol is a much more dangerous drug than marijuana, but sadly, alcohol is legal, while marijuana remains a Schedule 1 illicit drug.